You are here: Home / Archives for Belleville Doc Fest 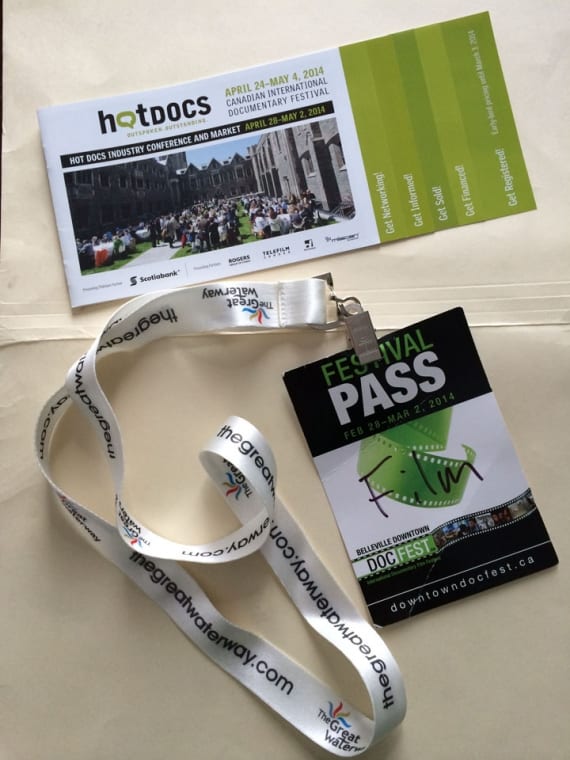 Our History Moments series of historical vignettes on local history themes were shown at the 2014 Belleville DOCFEST held February 28 – March 2 at various downtown locations in the city.

As in past years, the vignettes appeared before many of the international and local documentaries showcased during the event, which brings together films, filmmakers, and audiences. Over 50 films were shown this year.  All 500 passes for this year’s festival – its third year – were sold and many of the films drew standing- room only crowds.

“ In this multi-channel universe of often trite and mindless reality shows, documentaries remain faithful to basic journalism standards shining a light on stories that would otherwise remain untold. We’d like to congratulate the many volunteers who organize Belleville’s DOCFEST as it is becoming another public platform for discussion of important local and global issues.”

The History Moments can now be seen before movies at The Regent Theatre in Picton, The Aron Theatre in Campbellford, and the Empire Theatre in Belleville as well as on TVCogeco and CKWS TV in Kingston.

Some of our features on the canning industry of Prince Edward County produced as part of our very first series in 2009 were recently selected by the Canadian Agriculture and Food Museum in Ottawa for use in a new exhibit on the Canadian food industry to be opened in May 2004.