On Friday, July 11, 2014, the stately courthouse in Picton was jam packed with visitors hungry to witness history – the re-enactment of an infamous murder trial that took place in Prince Edward County in May 1884.

The trial of two local men for a botched robbery and murder at Christmas 1883 in Bloomfield is deeply steeped in County lore.  With an inflamed community seeking revenge, 12 County men serving as jurors had to weigh circumstantial evidence, shoddy police work, high emotions among citizens, and the fate of two accused men – George Louder, a 23-year old bricklayer, and Joseph Thomset, a 35-year old fisherman. In the end, intermittent boots tracks from the crime scene to their homes at West Lake sealed their fates, and the harassed jury pronounced them guilty of murder although they recommended mercy that never came.

Despite a determined campaign by local ministers, and prominent citizens who supported the men’s claims of innocence, Louder and Thomset were hanged at 8 o’clock on the morning of June 10th, 1884 in the gallows that still stand in the cell block area of the courthouse.  Louder died first. But Thomset struggled for a full fourteen minutes. Both men left behind heart-wrenching letters proclaiming their innocence to their families and their community.

Although there were other murder trials in the decades, which followed, there was never another hanging in Prince Edward County. Haunted by this certain miscarriage of justice decades before, local juries simply refused to convict as the story of Louder and Thomset’s grisly fate persisted in local folklore. Did we hang the right men? Not likely. It is just what we did in a rush to judgment in other times.

The trial re-enactment was a fundraiser for the Macdonald Project, an initiative to create a bronze sculpture of Sir John A. Macdonald, the County’s most famous citizen, as part of national celebrations of the 200th anniversary of his birth in 2015. Macdonald was prime minister of Canada at the time, and constrained by legal precedents of the period from intervening in the case despite the appeals for clemency.

For the small volunteer Macdonald Project Committee, the sold out trial re-enactment was further proof that “history sells.” We believe that the bronze sculpture of Macdonald created by Ruth Abernethy, one of Canada’s foremost portrait artists, will be an enduring attraction to Canadians discovering the story of our first prime minister and the chief architect of Canada. The story of Macdonald’s time in Prince Edward County is largely unknown and the area can lay claim to the early years of John A. Macdonald who always considered himself “a Quinte boy.”

The life-size sculpture of Macdonald will be installed in downtown Picton on Canada Day 2015.   To learn more, visit www.macdonaldproject.com 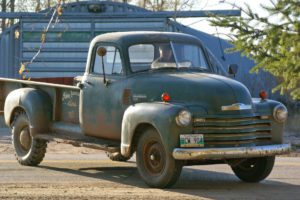 MY GREAT FOLLY: ADVENTURES IN RESTORATION 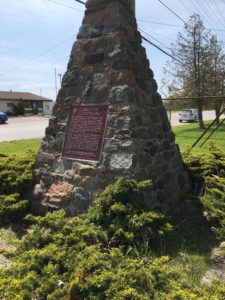 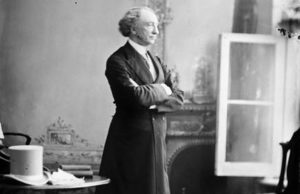 Keep Up to Date with History in the Making